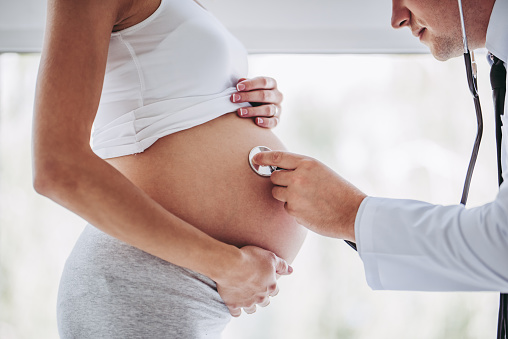 If a medical provider misdiagnoses a pregnant woman’s toxoplasmosis, it could lead to serious and lifelong health issues for the baby. Toxoplasmosis is an infection caused by the parasite toxoplasma gondii. The parasite can be passed to an unborn child and result in severe and progressive visual, motor, hearing, and cognitive problems.

Problems Caused by Toxoplasmosis During Pregnancy

A pregnant woman can pass the toxoplasmosis infection to her developing baby through the placenta. The risk of the baby becoming affected and the infection’s severity depend on when the mother gets infected. The earlier in pregnancy that a mother is infected, the more severe the child’s problems may be after delivery. The later in pregnancy that a mother gets infected, the more likely she is to infect her baby.

Early infection can result in miscarriage or stillbirth. Babies who survive may have several health issues that may be seen soon after birth or several years after. Most babies born with toxoplasmosis do not show signs of infection after birth. About 10% of infected babies are born with problems like:

Without treatment, up to 80% of infected newborns develop problems later in their lives. These problems can include:

What Causes Misdiagnosis of Toxoplasmosis?

Medical providers have a responsibility to diagnose and prevent birth injuries resulting from toxoplasmosis. They should also help treat toxoplasmosis in expectant mothers to minimize the chances of babies being infected. Unfortunately, for various reasons, they can make a misdiagnosis.

Pregnant women infected with toxoplasmosis may experience symptoms that resemble those of the flu, such as fever, headache, fatigue, sore throat, achy muscles, and swollen lymph nodes. The symptoms can last for one or more months.

Due to the similarity of toxoplasmosis symptoms to flu symptoms, physicians may assume it’s the flu and fail to diagnose toxoplasmosis. When the infection is allowed to persist, it can later spread to the brain and muscle cells. A person with a compromised immune system can experience brain inflammation, eye infection, or a lung infection.

Tests, early detection, and treatment help prevent the transmission of the toxoplasma gondii parasite to the baby and reduce the seriousness of symptoms. However, physicians do not routinely test pregnant women for the parasite. The Centers for Disease Control and Prevention (CDC) describes toxoplasmosis as one of the neglected parasitic infections in the United States. If tests are not carried out to confirm the condition, its effects can be mistaken to have been caused by something different.

For instance, the health care provider may suggest amniocentesis, a test that involves taking some amniotic fluid from around the baby. When the fluid is tested, it can show whether the child has toxoplasmosis or other problems, such as genetic problems and birth defects. The test can be done during weeks 15 to 20 of pregnancy.

Additionally, fetal ultrasounds can show if a baby’s organs have been damaged, making toxoplasmosis screening necessary. A routine ultrasound examination may show findings like microcephaly, intracranial calcifications, or hydrocephalus.

Although blood tests are carried out regularly during prenatal care, doctors do not usually check for toxoplasmosis.

If a blood test detects the infection early enough, antiparasitic treatments can be administered to eliminate it before the fetus is harmed.

A woman who has been found to have the infection before the 18th week of pregnancy can be given spiramycin. This antibiotic lowers the chances of the developing baby getting toxoplasmosis. A woman who has been infected after 18 weeks may be given different antibiotics, such as a combination of sulfadiazine and pyrimethamine.

A baby with toxoplasmosis should be treated immediately to minimize the condition’s effects on his or her health. Depending on the symptoms, doctors choose the ideal combination of medications for the baby. Anti-toxoplasmosis medications can be continued for as long as a year to prevent or limit the damage that can occur later in the child’s life. If treated early, a child is unlikely to suffer any serious consequences. Delayed treatment can make the child experience serious health problems.

The birth injuries that a child suffers because of toxoplasmosis might have been prevented if medical professionals made a correct and timely diagnosis and treatment. In addition to the injuries suffered by the child, parents may have to deal with mounting medical bills that accompany the injuries. For those reasons, birth injury attorneys help parents seek compensation if their child suffered injuries because of toxoplasmosis misdiagnoses or lack of treatment.

Do Inmates Have The Right To File Birth Injury Lawsuits? 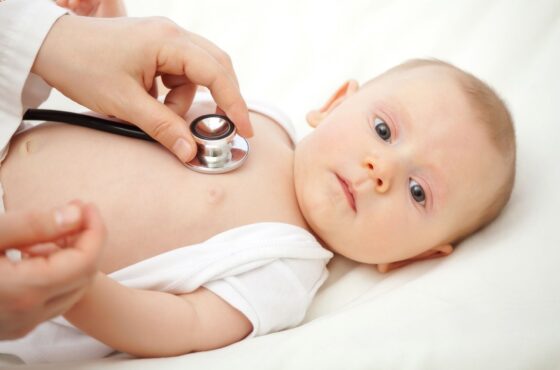 What You Should Know About Psychological Birth Trauma
TOP