How Do You Prove That a Birth Injury Caused Cerebral Palsy? 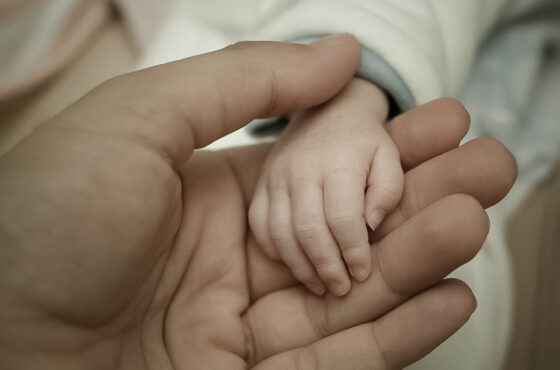 Health care providers typically try to show that cerebral palsy was unavoidable, so it was not their fault. Birth injury attorneys help parents carry out proper and thorough investigations and work with other professionals to prove that a healthcare provider’s negligence caused the birth injury that led to a child’s cerebral palsy.

Finding Out What Caused a Child’s Cerebral Palsy

Cerebral palsy is the most common motor function disability in childhood. It can cause paralysis, seizures, tremors, and impairments with hearing, vision, speech, and learning. Most cerebral palsy cases occur due to brain damage that occurred before or during birth.

The Birth-Related Causes of Cerebral Palsy

Cerebral palsy can be caused by brain damage that occurs before, during, or shortly after birth. Although the damage that causes cerebral palsy can be unavoidable in certain instances, it often results from another party’s wrongdoing or negligence. When healthcare professionals miss diagnoses or fail to take the appropriate actions other physicians would have taken, they could be to blame for a child’s brain injury and subsequent cerebral palsy diagnosis.

Some common birth-related causes of cerebral palsy include:

HIE is a permanent brain injury caused by a lack of sufficient oxygen and/or blood flow to the brain that occurred before, during, or shortly after birth. When medical staff fails to recognize signs of fetal stress and properly intervene, babies can suffer a reduced flow of blood and oxygen that injures the brain and other organs. Fetal stress can occur for a variety of reasons, such as a pinched/compressed umbilical cord or a placental abruption where the placenta pulls away from the uterine wall before the baby has been delivered. The placenta provides nutrients and oxygen to the baby during pregnancy. Therefore, abruption may deprive the baby of adequate blood flow, oxygen, and nutrients, resulting in HIE, which increases the long-term risk of neurodevelopmental abnormalities and cerebral palsy.

Untreated or undetected infections in mothers or infants can cause neonatal brain damage, which can result in cerebral palsy. Infections can lead to cerebral palsy because of medical errors like:

Jaundice is so common among newborns that medical providers may fail to diagnose it accurately and treat it adequately. Untreated severe jaundice can cause irreversible brain damage that may lead to other complications like cerebral palsy.

Breech presentation happens when a baby enters the birth canal with the feet or buttocks first rather than the head. It could make it hard for the baby to get oxygen. As a result, the baby usually has to be delivered immediately by cesarean section. The baby may suffer permanent brain damage and cerebral palsy if the oxygen deprivation is prolonged.

Doctors often use assisted delivery tools like vacuum extractors or obstetrical forceps to facilitate the delivery of a baby that has been stuck or has difficulty passing through the mother’s birth canal. Using them correctly requires a high skill level because the excessive force on a baby’s head can cause internal damage.

Improper use of delivery instruments can cause injuries like:

These injuries can generate secondary issues like ischemia (lack of sufficient blood flow to organs), seizures, epilepsy, and cerebral palsy.

How Does One Prove That Medical Negligence Caused Cerebral Palsy?

The law protects healthcare professionals from false claims by requiring people bringing birth injury lawsuits like cerebral palsy lawsuits to provide additional proof. The following elements are usually needed to prove a medical professional was negligent in these types of lawsuits.

Existence of Relationship with a Healthcare Professional

A person has to prove that a patient relationship was established with a healthcare professional. Generally, the relationship comes as an agreement that the doctor/nurse will provide medical care during a person’s pregnancy and delivery. The relationship is usually formed when a healthcare professional provides various forms of treatment to a mother, such as administering prenatal care checkups, treating any health concerns that come up during pregnancy, and delivering the baby.

The Applicable Standard of Care

The Breach of Duty Caused Injury to the Child

There must be proof that the healthcare professional violated the standard of care and caused the child’s injury. For example, the doctor may have ordered a cesarean section too late to prevent the baby from suffering brain damage. The proof is usually provided by the testimony of expert witnesses who can verify the failure of a medical professional to act in line with the industry’s standard of care.

A healthcare professional’s actions would be compared against the actions of a reasonable professional in the same field under the same circumstances to show how the injured party’s doctor violated the duty of care. For example, an anesthesiologist’s actions would be held to the same standards as the actions of another anesthesiologist in the same situation. The care provided by an obstetrician would be compared to what a reasonably well-qualified and reasonably careful obstetrician would have done in the same situation.

If the healthcare provider’s actions fell short of what is considered reasonable under the standard of care and the failure was the direct cause of the baby’s injury leading to cerebral palsy, that provider will be found to be at fault.

The Injury Led to Damages

Finally, a person will need to show the compensable damages resulting from the injured child’s cerebral palsy, such as:

Parents can easily find cerebral palsy cases complicated and overwhelming. Medical providers usually try to show that birth injuries are unavoidable and not their fault, making it difficult to prove their negligence to be responsible for an injury.

For a child’s parents to prove medical negligence and secure a verdict or settlement, they will need evidence like medical bills, relevant records, and subject matter experts. Additionally, they will have to conduct thorough investigations to establish the medical care team’s action or inaction that caused the child’s birth injury and cerebral palsy.

Parents can schedule a free consultation with a cerebral palsy lawyer. After discussing the issues pertaining to the pregnancy, labor, delivery, and any other complications that may have arisen and led to a child’s birth injury, the lawyer will carry out several tasks that will help parents prove that negligence led to their child’s cerebral palsy.

Cerebral palsy lawyers are aware of the need to draw on a variety of evidence to prove birth injury cases. As a result, they interview hospital staff and eyewitnesses and collect many different forms of documentation, such as imaging test results, photographs, and prenatal and birth records, to find sufficient evidence to build a strong case.

The fetal heart monitoring strips are one of the things that birth injury attorneys look at to determine whether the birthing process caused a baby’s cerebral palsy. These enable the attorneys to evaluate how a baby was doing during the labor process and if the baby received enough oxygen.

The attorneys will also find out details about a baby at delivery time, such as appearance, activity, posture, and if the baby was breathing on its own or needed help. Whether forceps or vacuum extraction was used and if the labor process was prolonged are some factors that attorneys can also consider to see if something that occurred during the birthing process caused the child’s cerebral palsy.

Looking at a baby’s records helps lawyers determine whether there was prolonged hospitalization, if a baby suffered seizures, or was put on life support. Head imaging can help them tell when the brain damage occurred. The results of an electroencephalogram (EEG) can show whether there were seizures after birth, and lab studies of the blood from the umbilical cord can help attorneys establish if the baby received enough oxygen.

The investigations enable attorneys to establish what happened during pregnancy and delivery and identify the medical provider’s improper actions that could have resulted in cerebral palsy, such as:

Birth injury lawyers help parents formally file a cerebral palsy medical malpractice claim. They take care of all paperwork and other legal issues related to filing such a claim.

Cerebral palsy attorneys work with medical experts, hospital administration experts, and investigators to help them develop thorough timelines of the events that took place during a child’s birth. The medical professionals help them investigate medical records and determine if negligent care caused a baby’s cerebral palsy.

The attorneys also use medical experts to testify as expert witnesses as to how reasonable health care professionals would have handled a baby’s case differently, what could have been done to prevent the birth injury, and how a health care provider acted negligently and deviated from the standard of care.

Showing the damages that resulted from cerebral palsy is part of the elements needed to prove medical malpractice in cerebral palsy lawsuits. Attorneys work with families to determine the costs and suffering they have faced and will face in the future. They also evaluate the insurance coverage of the defendants and then pursue the optimum compensation when presenting their evidence in court or negotiating a fair settlement with medical providers and their insurers.

Cerebral palsy attorneys can also use experts to testify how a child’s cerebral palsy will affect a family’s life and the necessity of continuing care.

Holding All the Appropriate Parties Responsible

Without proper investigations, it would be difficult for parents to know who exactly they should make a claim against because of the birth injury that led to their child’s cerebral palsy. Birth injury lawyers thoroughly investigate claims and establish the appropriate parties that parents should hold accountable for the harm their child suffered.

It is possible for multiple people or entities to be responsible for the brain damage that led to cerebral palsy. A cerebral palsy attorney will help establish all the individuals and entities to blame for the botched labor process or delivery and ensure they are held accountable, and the victims obtain their rightful compensation.

For example, doctors who make careless mistakes that lead to birth injuries and the hospitals that hire these doctors can be held responsible for a child developing cerebral palsy. Both a nurse and a doctor may also be at fault.

Birth injury attorneys help people obtain the appropriate medical records, gather the necessary evidence, uncover the parties at fault for their child’s cerebral palsy, and secure expert opinions. These help them build a strong case that provides an excellent chance of getting full compensation for the damage and current and future losses resulting from cerebral palsy. The compensation that a family receives helps cover treatment, rehabilitation expenses, and the long-term care needed to make the child live as independently as possible. 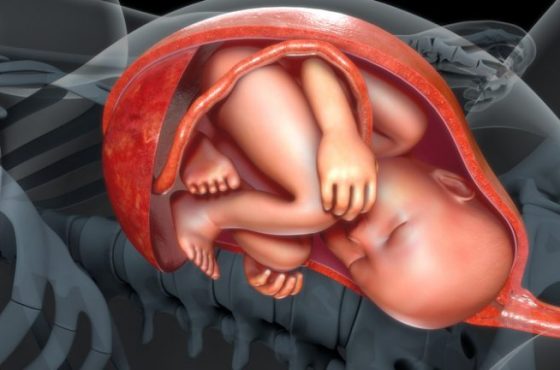 Can a nuchal cord lead to a permanent birth injury? 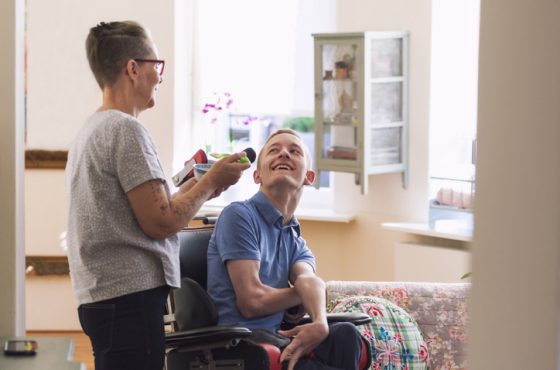 Improving function, independence and quality of life for those suffering from cerebral palsy
TOP