The attorneys at Goldberg & Schulkin Law Offices have more than 45 years of experience handling medical malpractice cases in the Midwest. Throughout the decades, we have developed the experience and knowledge to uncover untruths that other lawyers frequently miss. As a result, our attorneys have recovered hundreds of millions of dollars on behalf of victims of medical malpractice. When you retain our firm to handle your case, you’ll receive access to top medical experts in the country.

Helping Victims Get the Most Out of Their Recovery

We strive to help victims of medical malpractice get the most out of their recovery. From identifying all economic damages resulting from medical negligence to calculating the value of non-economic damages, a thorough analysis from a medical malpractice attorney will ensure that you are fairly compensated for the losses you’ve endured. Medically sustained injuries can lead to life-long disability and treatment, presenting victims with a high risk for financial hardship. Recovering compensation for medical errors can help to lessen the financial burden resulting from the injury.

What Is Medical Malpractice?

When a healthcare provider makes a mistake and a patient suffers what is otherwise an avoidable injury or death, the negligent party may be liable for medical malpractice.

How Prevalent Is Medical Malpractice in the United States?

In 2020, six Illinois medical centers received a D rating, and one received an F rating, making these facilities some of the most dangerous hospitals in the nation. These ratings include medical centers in Chicago. Patients who receive treatment at D and F rated hospitals are at 92% elevated risk of avoidable death.

They are very knowledgeable, they know who to use as expert witnesses.
~ Angela L.

"I would definitely recommend using Goldberg & Schulkin Law Offices. They are very knowledgeable, they know who to use as expert witnesses. They are not afraid of hard cases to win. If I ever had any questions they would always return my calls right away. I definitely had a great experience in times of trouble. It was a pleasure to have them as our lawyer. I would highly recommend them" 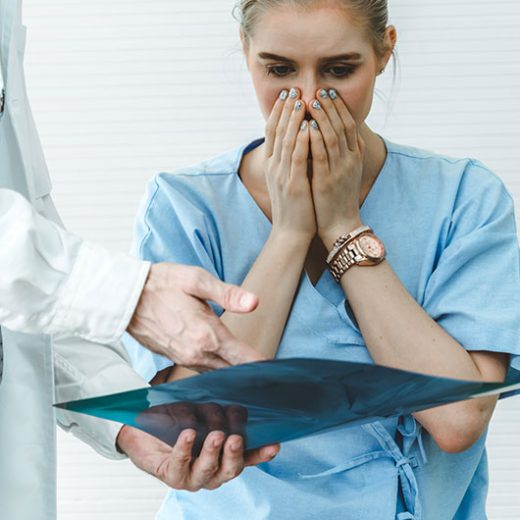 Hospitals, medical clinics, surgical centers, doctors, nurses, and other employees of medical facilities can be sued for medical errors. Other practitioners who may be sued are surgeons, anesthesiologists, obstetricians, internists, family doctors, midwives, and dentists. In some instances, multiple parties may be found negligent and can be sued concurrently in a single malpractice claim.

Damages in a medical malpractice lawsuit are determined based on the nature and extent of the injuries sustained. Economic damages include the cost of past and future medical treatment and care, lost wages, and necessary medical equipment and supplies. Non-economic damages that may be recovered include pain and suffering, disability, loss of the normal enjoyment of life, disfigurement, and, in wrongful death cases, grief, and sorrow.

Prior to 2010, the value of non-economic damages in Illinois was capped at $500,000 for cases against health care professionals. For damages recovered against medical facilities, a cap of $1,000,000 was maintained. This was declared unconstitutional by the Illinois Supreme Court in 2010, a decision heavily influenced by a lawsuit brought by medical malpractice attorney Jeffery M. Goldberg. As a result, there is no existing cap on economic and non-economic damages in Illinois.

The United States is ranked as the most dangerous place to give birth in the developed world. Serious childbirth injuries caused by medical negligence occur in approximately 6 out of every 1,000 newborns each year. This is equal to nearly 28,000 injuries sustained per year or 3 injuries sustained per hour. These injuries can occur at any point during the labor and delivery process or the prenatal stage. The federal government does not require hospitals to report the frequency of maternal death or injuries resulting from childbirth complications. 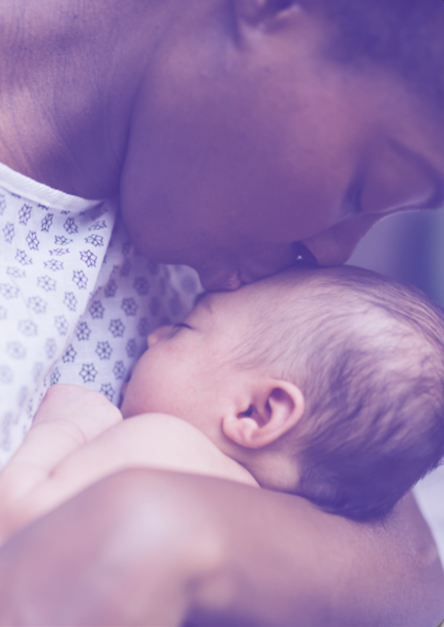 A birth injury is not always immediately evident in the early moments following childbirth. In Fact, some birth injuries may not be diagnosed until the child is a few weeks, months, or even a few years old. In some cases, doctors and parents only begin to suspect a birth injury once the child begins to miss major milestones.

Instances of medical malpractice during the labor and delivery process often include a failure to recognize or respond to signs of fetal stress and/or distress, failure to identify or recommend the need for an emergency c-section, improper forceps use, or improper use of vacuum extraction devices. During the prenatal stage, malpractice usually occurs as a failure to diagnose or properly treat preeclampsia, RH incompatibility, anemia, diabetes, or the presence of an ectopic pregnancy.

Time Is of the Essence When Filing a Medical Malpractice Case

There are statutes of limitations that require filing these lawsuits within prescribed time limits. You should contact an experienced birth injury attorney at Goldberg & Schulkin Law Offices to determine the time period that applies to your case.

What to Do if You Were Injured by Medical Malpractice

If you or your child suffered injuries that may have been caused by a medical professional or facility’s recklessness or negligence, seek a second medical professional’s opinion. This is crucial for proper diagnosis of the condition and the preservation of your health. A medical malpractice attorney should be contacted next. An experienced lawyer can help you obtain all of the necessary records and access expert reviews of the case.

It is important to gather all relevant documentation, including medical records, hospital bills, and records of any other expenses that may be recoverable in the malpractice claim. Finally, refer any risk management or insurance representative to your attorney. Allowing your medical malpractice lawyer to be the direct communicator and negotiator can help to ensure that a fair outcome is achieved and all damages are recovered.